“Such inputs have been received over phone, emails and social media in large numbers in the last two weeks,the notification said. Earlier, too, Modi had asked Ayush  practitioners to create awareness on traditional medicines " 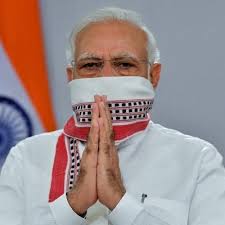 Tuesday, Prime Minister Narendra Modi once again endorsed traditional ways to boost the immune system, directing people to follow the guidelines issued by the Ayush ministry to avoid contracting Covid-19. “Drink hot water and kadha frequently,” PM Modi said during his speech that lasted for 20 minutes. The PM had earlier, too, suggested people to follow the protocol of the Ministry of Ayurveda, Yoga & Naturopathy, Unani, Siddha and Homoeopathy to fight Covid-19.

While interacting with Ayush practitioners through a video conference on March 28, he had suggested that those who produce traditional medicines could be utilised to manufacture essential items such as sanitisers. The Ayush ministry subsequently had issued a notification on March 31, asking all the Ayush practitioners and institutions to submit their inputs. It further said that the proposal will be reviewed by a task force consisting of representatives from the biotechnology department, Council of Scientific and Industrial Research (CSIR) and Ayush practitioners.According to the ministry’s notification, they have been “receiving numerous suggestions from practitioners and institutions in the Ayush sector regarding possible solutions from Ayush disciplines to restrain the spread of the Covid-19 pandemic”. “Such inputs have been received over phone, emails and social media in large numbers in the last two weeks,” the notification said. Earlier, too, Modi had asked Ayush practitioners to create awareness on traditional medicines

“It is important to create awareness on India’s traditional medicines and medical practices all over the world,” he had said. The prime minister also asked those practising traditional medicines to utilise the platform of tele-medicine and reach out to the people to generate awareness in the fight against the Covid-19 pandemic. Modi also thanked those involved in the practice of alternative medicines “for constantly striving to serve the people and highlighted the important role they have to play in India’s fight against Covid-19”.